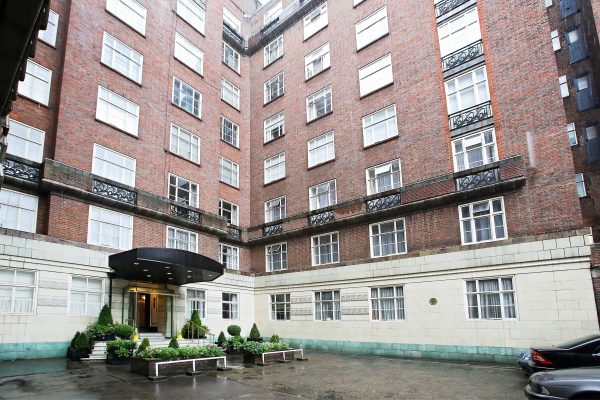 Whilst the Private Rented Sector (PRS) adjusts to the changes made by Government intervention, I wander if we are also going to see a cultural shift in the Buy-To-Let sector? one client remarked. The supply and demand see-saw has been tipped in the rental sector, the key factor being the Governments Tax raid on private landlords. This week, I shall be exploring the implications of this for today and more significantly, the long term impact on Buy-to-Let.

The rentals market is buoyant, especially in London and the South-East regions.Whilst Landlords are benefiting from record rent prices and minimum void periods, renters are suffering the price hikes and limited choice. I have more than half a dozen verified prospective tenants for each property that my office currently has Under Offer. In fact, rents on all tenancy renewals and new lets in the past quarter are up  4.4 % on average since December.

In many areas I have seen fierce bidding wars ,one such example was a 1 bedroom flat we listed in Maida Vale in late January. The flat was offered  at £1700 per month, there were 6 prospective tenants who came through on the 1st day of viewing  and the bidding reached £1800 per month. This was let on a two-year tenancy term.

This is a classic example of the high demand in certain suburbs of London where there is a shortage of homes being listed. Ironically, HMRC’s smash and grab raid on private Landlords has been a blessing in disguise, this is the driving factor behind the rent rises.

Our recent research shows that the number of Landlords operating in the sector is falling.  In 2019, there were 2.6 million Landlords in the Private sector a fall of 222,570 compared to 2017, and at the lowest level since 2012.

The number of homes on the market since 2017 to the current day, has fallen by 155,810. Despite the Tenant Fee Ban of 2019 , costs for renters have risen, which was a much-mooted point prior the ban being enforced.

Former Chancellor , George Osborne was the architect of the Government’s crackdown on Landlords. This has been in the making since April 2016 with the introduction of the additional 3% Stamp Duty surcharge on 2nd homes. This caused a flurry of activity amongst Investors buying property in a bid to avoid the extra duty. The number of rental homes offered  in 2016 and 2017 had increased as a knock-on effect.

In 2017 we saw the phased reductions in tax relief on Buy to Let mortgages with the final part coming into effect April. Tax relief on interest payments will be phased out. Landlords will now receive a tax credit based on 20% of their contributions.

Despite stuttering house prices in recent years, they are still relatively high. This has seen yields in the more expensive parts of London diminish and with increased compliance, Landlords margins have narrowed in order to absorb the costs.

Whilst we are living in an era of low interest rates with finance costs appearing low, it’s the level of borrowing that is of significance. Most Landlords that bought just before the Stamp Duty changes are heavily leveraged. Rises in mortgage rates could leave some investors vulnerable.

So, what of these falling Landlord numbers ? I’ve seen some of my own clients move into the holiday lettings market where they can command a premium rent and take advantage of the tax perks. Other Landlords have sold up and left the sector and that trend is likely to continue. In 2019, the number of new homes listed for rental had fallen by 11%, hence London rents being 4.6% up year on year.

The dynamics of the Buy to Let sector are changing. Landlords in London and the South East are diversifying their portfolios looking to the Northern towns and Cities where there are higher yields. The profile of the average Landlord has also changed; its gradually condensing into a group of experienced Investors, some operating as property companies. Landlords who bought in areas that have seen price falls in recent times are holding on for the time being , though my feeling is that as soon as prices recover, they will sell up and exit the sector.

The main objective behind the Government’s assault on the Private Rented Sector (PRS) was to discourage Investors from adding homes to their portfolios that would otherwise fall into the hands of first-time buyers. This has been effective to some extent. Developers of new homes have instead focussed their marketing towards first-time buyers supporting Government incentives such as the Help to Buy Scheme. However, its not all good news for first-time buyers living in the more expensive areas where there are fewer homes for rental. They are paying a lot more in rent whilst trying to save for the deposit.

With fewer homes available for rental and rising rents we are also seeing much longer tenancies. The London average now stands at 20 months. This is having a strengthening effect on yields. The Landlords that have stayed in the game are reaping the benefits. A survey carried out last year showed that nearly a third of Landlords owned more than 1 property , the highest since 2010.

At Ashmore Residential we carry out an Annual Check-up on every property we let, be it managed or otherwise. If you are curious about the current value of your rental property, book your valuation here https://www.ashmoreresidential.com/landlord-services/. If you would like a chat about the market you can reach me on 020 8366 9777 or drop me a line [email protected]