We’re a leading name in lettings and property management, and you don’t just have to take our word for it.

In August 2015, this flat was offered to us for rental by long term client Profin Management Limited. The flat was under rented considering its size and the fact that it has outside space in the form of a private terrace, a rarity for this area. We advised and assisted with its redecoration, new carpets were fitted and small improvements were made to the bathroom. Thanks to our efforts the landlord received 15% more rent than in the previous tenancy. The flat now brought in a respectable income of six hundred pounds per week or two thousand, six hundred pounds per calender month to a corporate tenant. 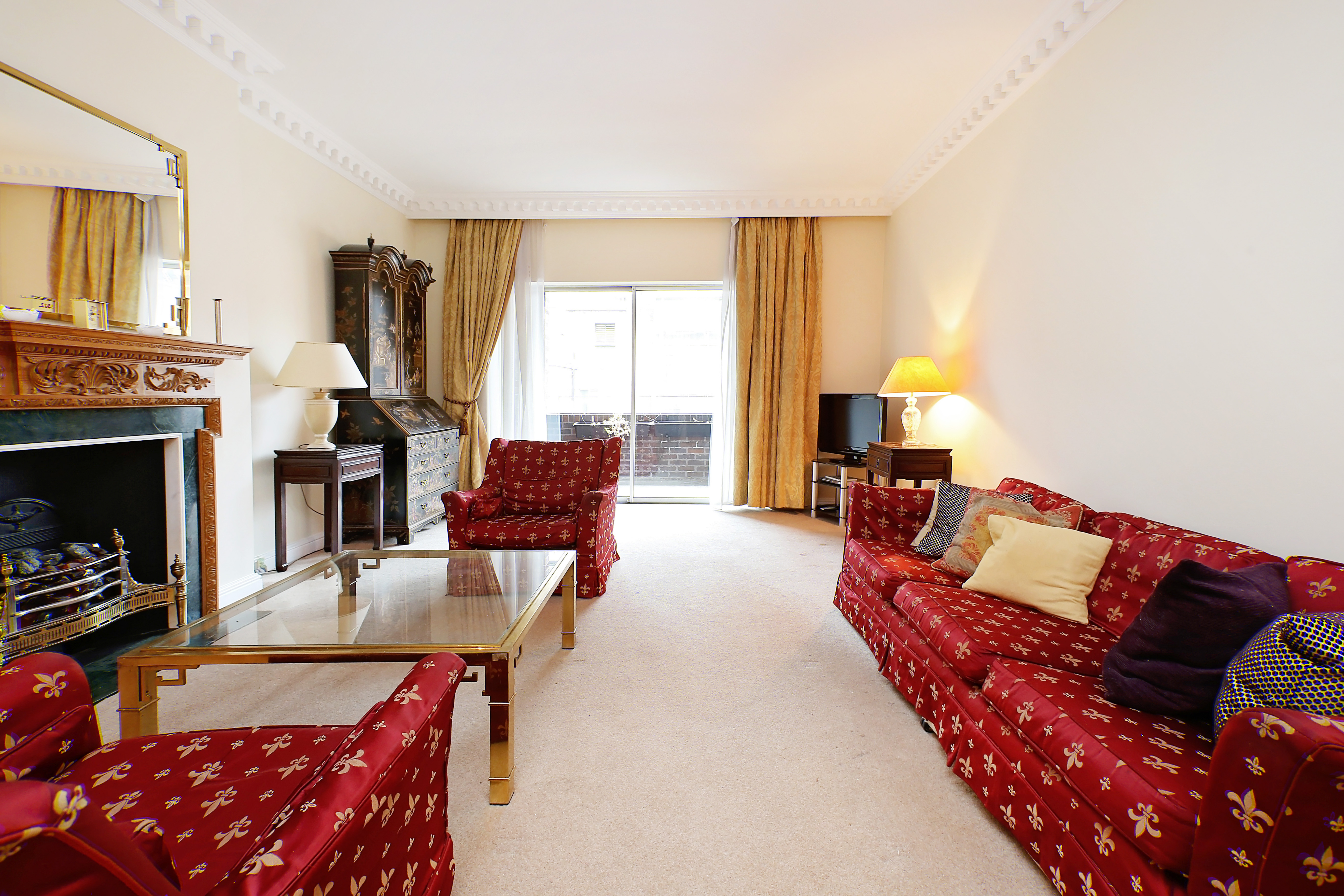 In 2009, the landlord came to us for a valuation of the flat as the tenancy agreement was about to end. The flat had been let in a poor condition, and the landlord didn’t live close by. We provided an up-to-date valuation of the property, advised on refurbishments and compliance and made sure this was all carried out to a high standard. When the flat was remarketed, the let to a long-term corporate tenant achieved a 40% increase in the rent amount. 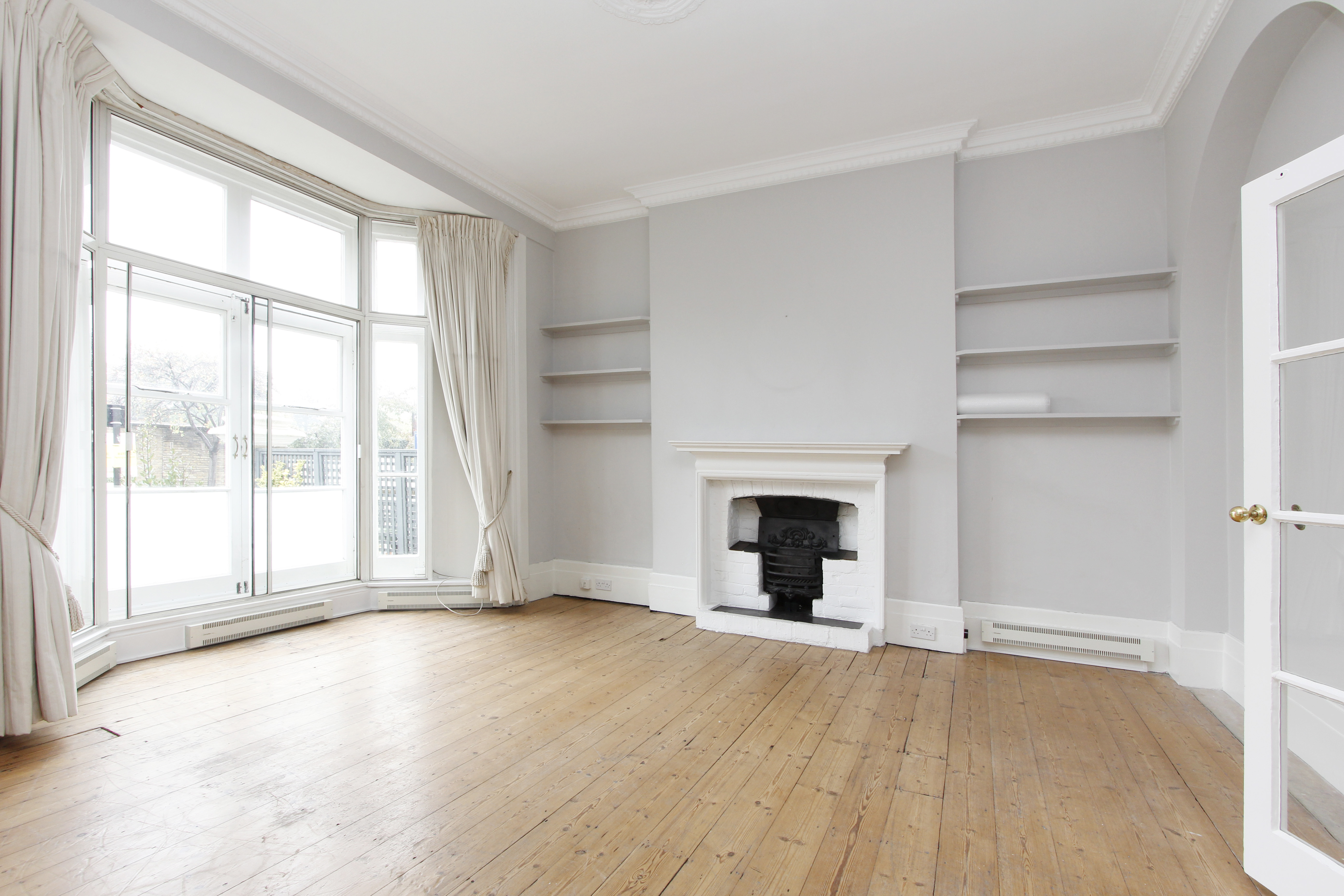 We let this two-bed two-bath flat on behalf of Profin Management – one of our longest-standing clients. The flat was in a highly attractive location and was back on the market after a long-term tenancy. By giving our advice on local letting trends and ways to update the flat’s kitchen and bathrooms, we helped transform the property. It was rented to a new tenant within 24 hours of going back on the market. 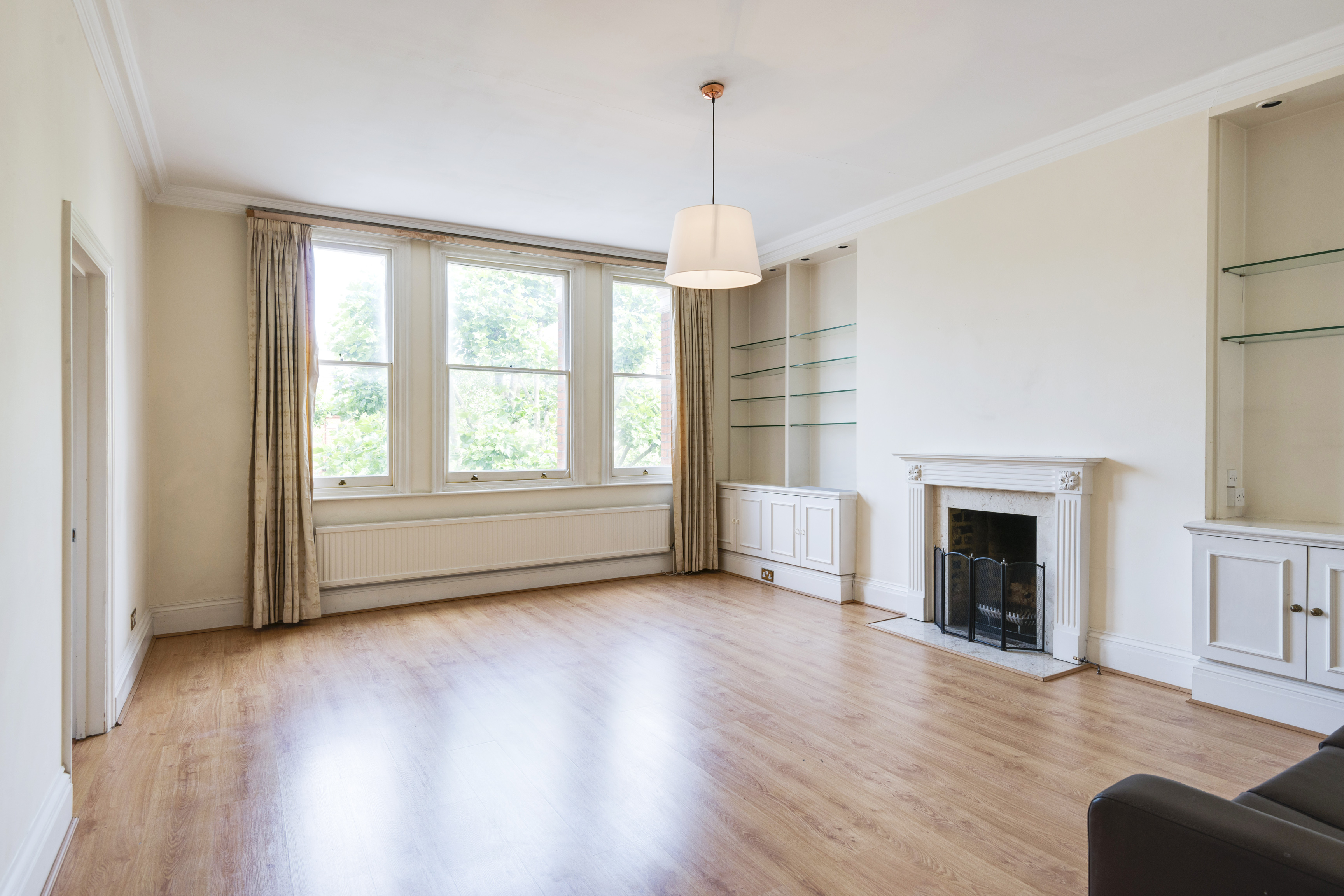 There were three self-contained flats within this Grade II listed building, including a studio on the top floor. They’d been undervalued, and weren’t providing an adequate income for the landlord at the time. We stepped in to value the flats and ensure they were marketed properly. Once the flat on the first floor was successfully let, we were given exclusivity to market the entire development. The landlord has had long-term tenants in all three flats for the last five years. 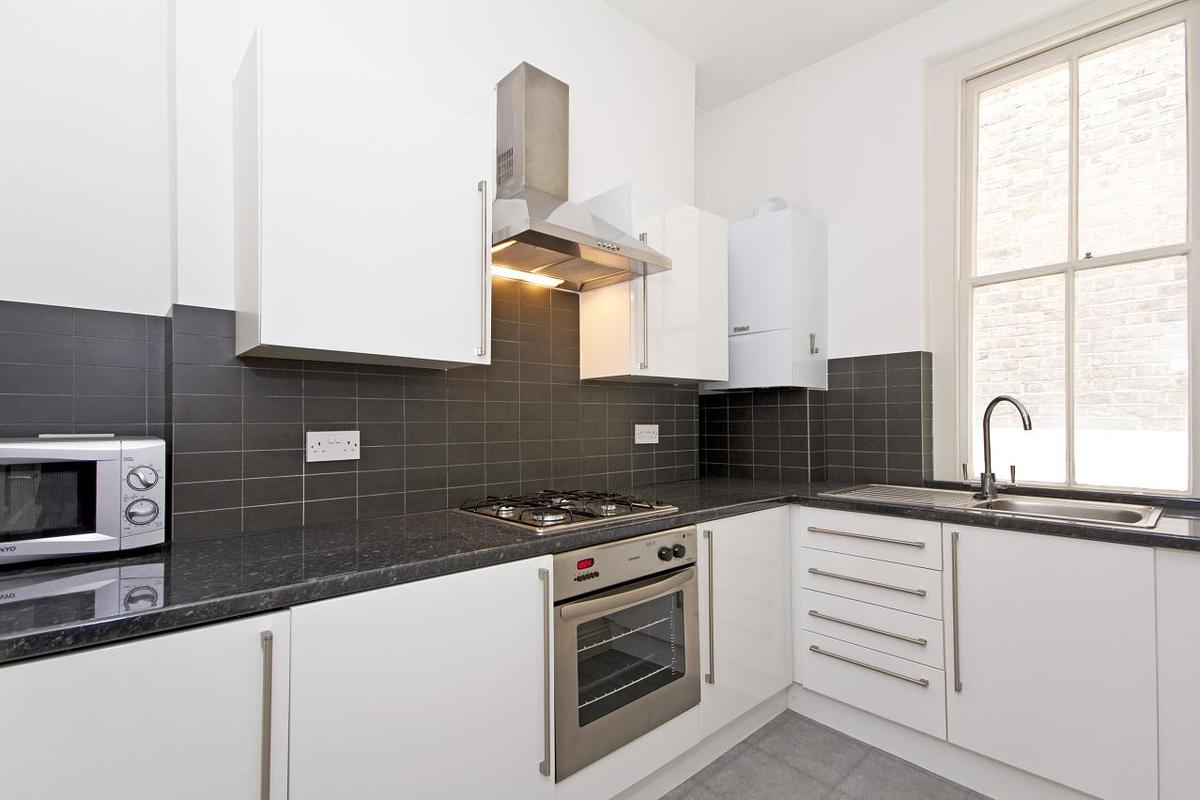 We were asked to let four brand new two-bed flats by property company Angelana Investments. It was an unusual project, as the location is outside of our usual postcode areas. However, our team has a thorough knowledge of the area’s rising popularity and housing availability. The market was sluggish, but our commercial awareness and improvements to the presentation and pricing of each flat got quick results. We’ve gained year-on-year rent increases of an average of 10% across all four properties. 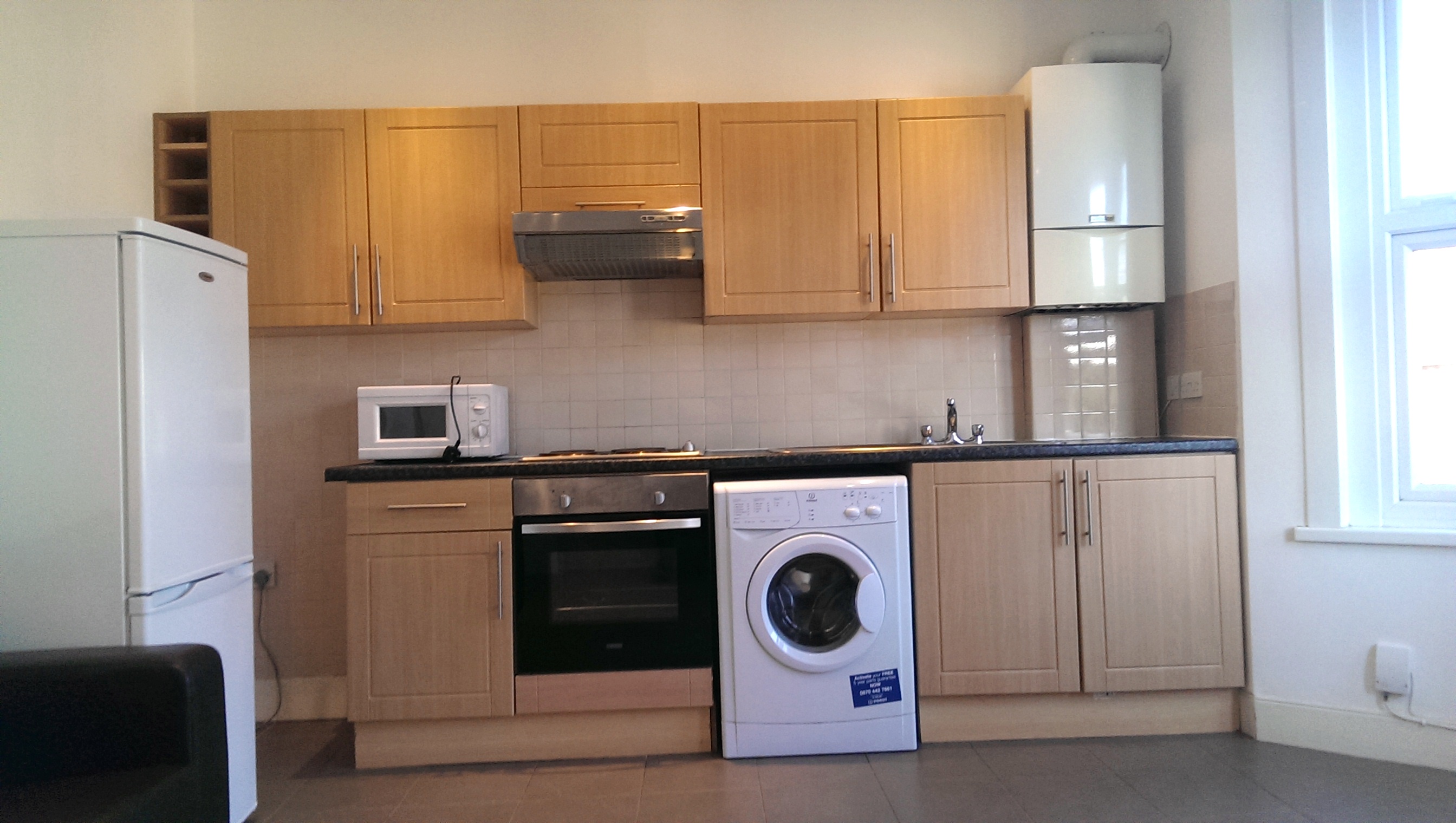 This two bedroom flat by Angelana Investments required re-marketing during low season. Despite the property having weaker access to public transport, we stimulated demand by ensuring its beneficial features were highlighted, including utilizing our broad marketing techniques and providing guidance on aesthetic improvements. With a quick turnaround after refurbishment we managed to secure suitable tenants. 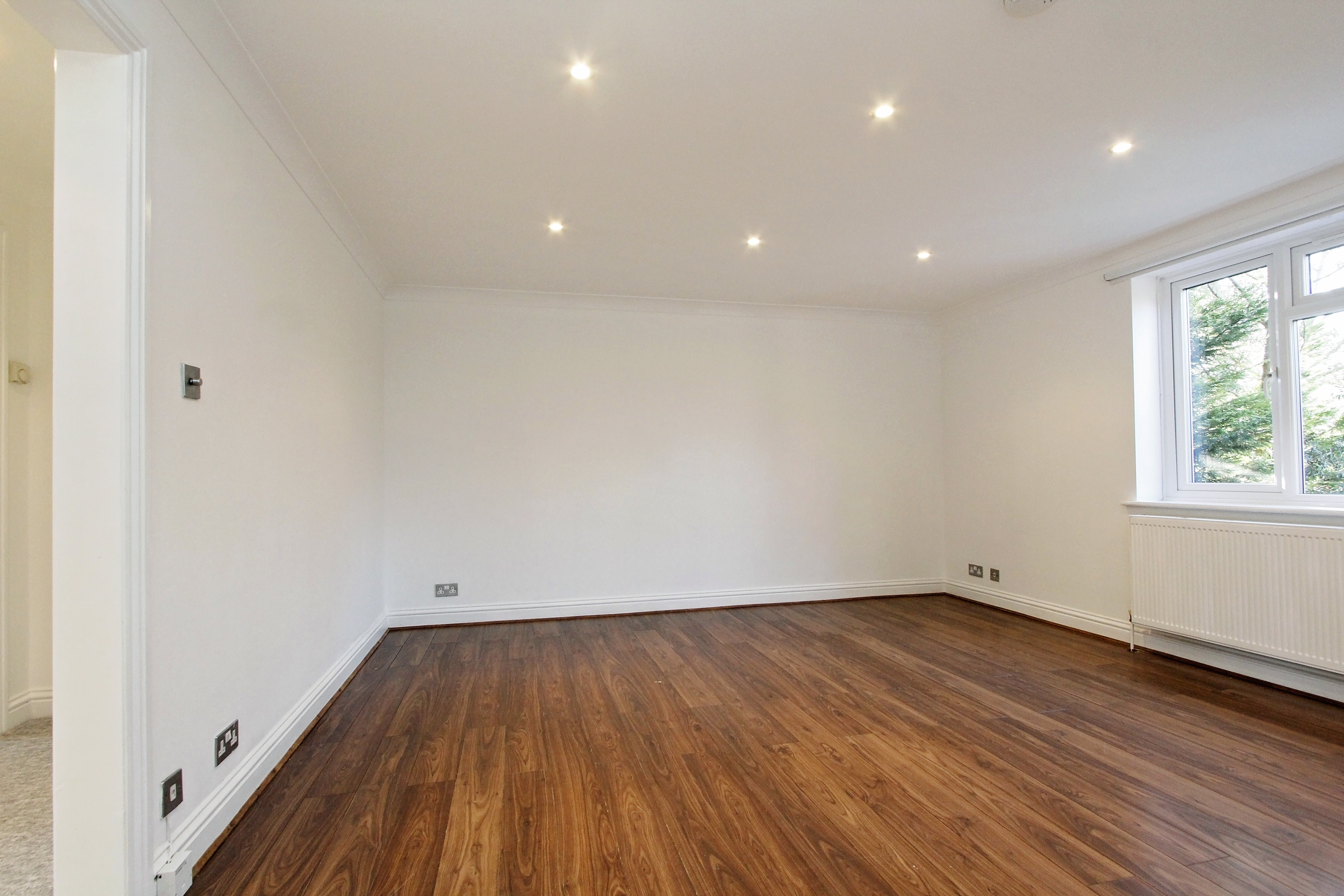 The landlord of this newly refurbished property approached us having struggled to secure tenants. Despite being in a highly sought after location, it had been on the market for more than was anticipated. We provided our services as requested, including a valuation reflecting market conditions, recommendations on finishing touches, furnishing and appearance – with the successful outcome of being let soon after.

Another property from Profin Management returned to the market towards the end of the year. This studio flat set in the excellent location of St. John’s Wood required a revival having come out of a long-term tenancy. Under our advice for maintenance and redecoration works we not only transformed the property, but also ensured it was no longer under-rented. We secured a tenant achieving an increase in rent of 10% to reflect the local market conditions. 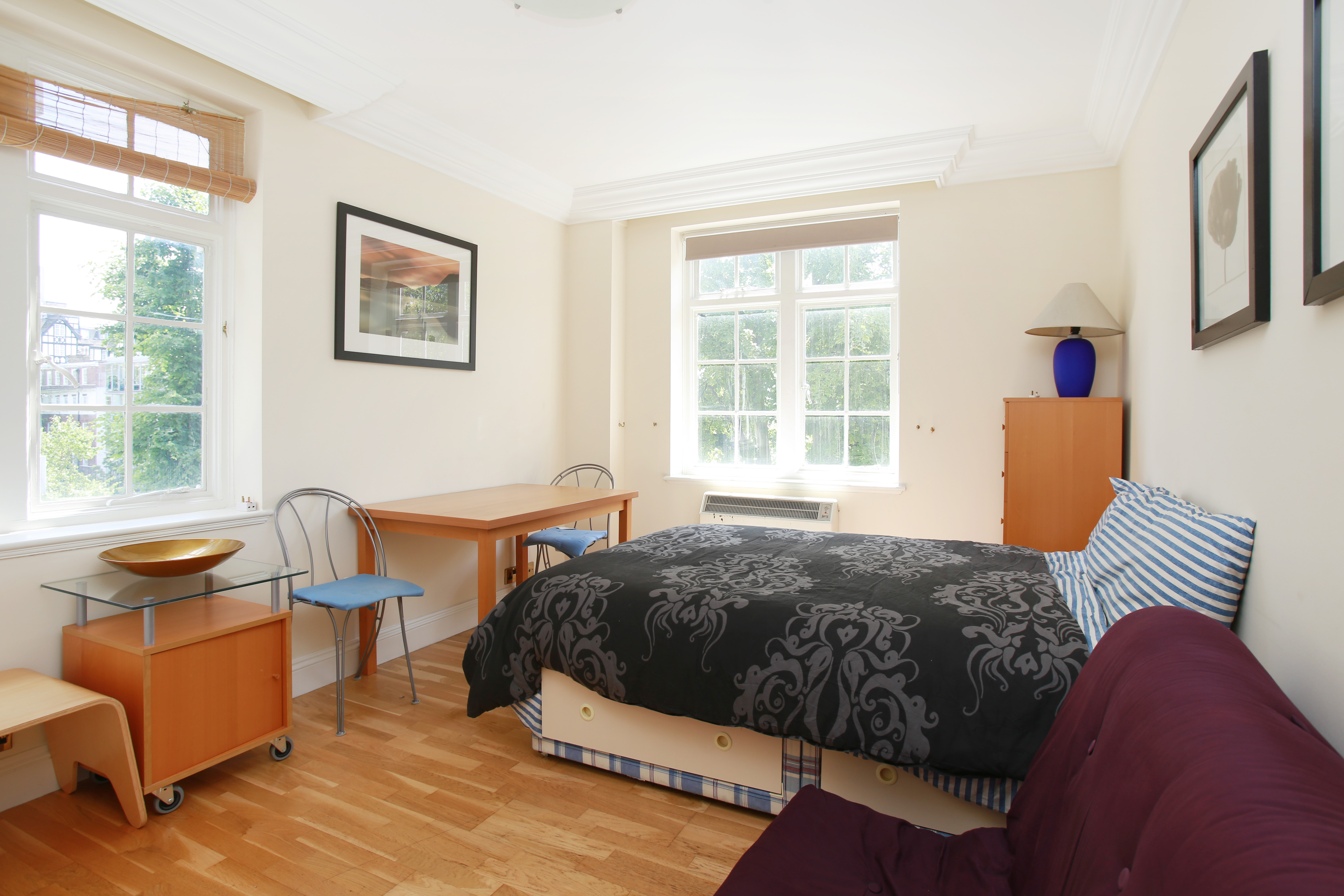 This two bedroom flat was originally owner-occupied, with the first time landlord moving to live abroad. We advised on presentation and local market conditions to facilitate the rental.  After redecoration and general maintenance, whilst being available during low season with other local competitors, we not only priced it ambitiously but also secured long term tenants. 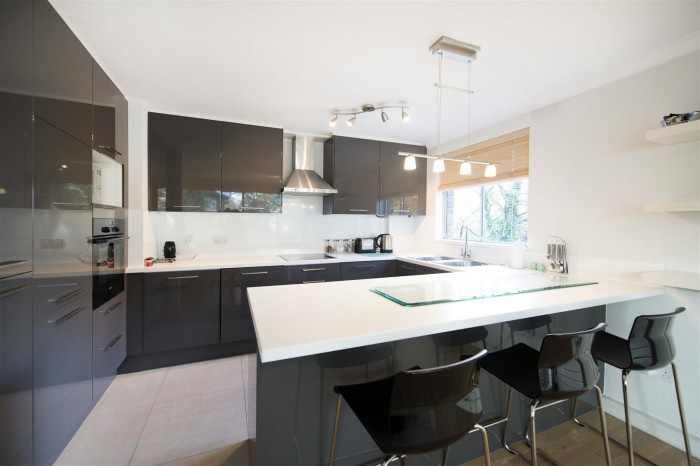 The landlord of this modern two bedroom 3rd floor apartment  in a superb location approached us about the letting of this home. This apartment was in need of modernisation after having been occupied by the same tenant for several years. Ashmore Residential was instructed to arrange and supervise the renovations to include re fitting of the main bathroom , complete redecoration and fitting of new kitchen appliances.  By advising the owner on improvements that created added value , we were able to let the flat within 2 weeks of the works being completed to corporate tenants, increasing the income potential by 20%. 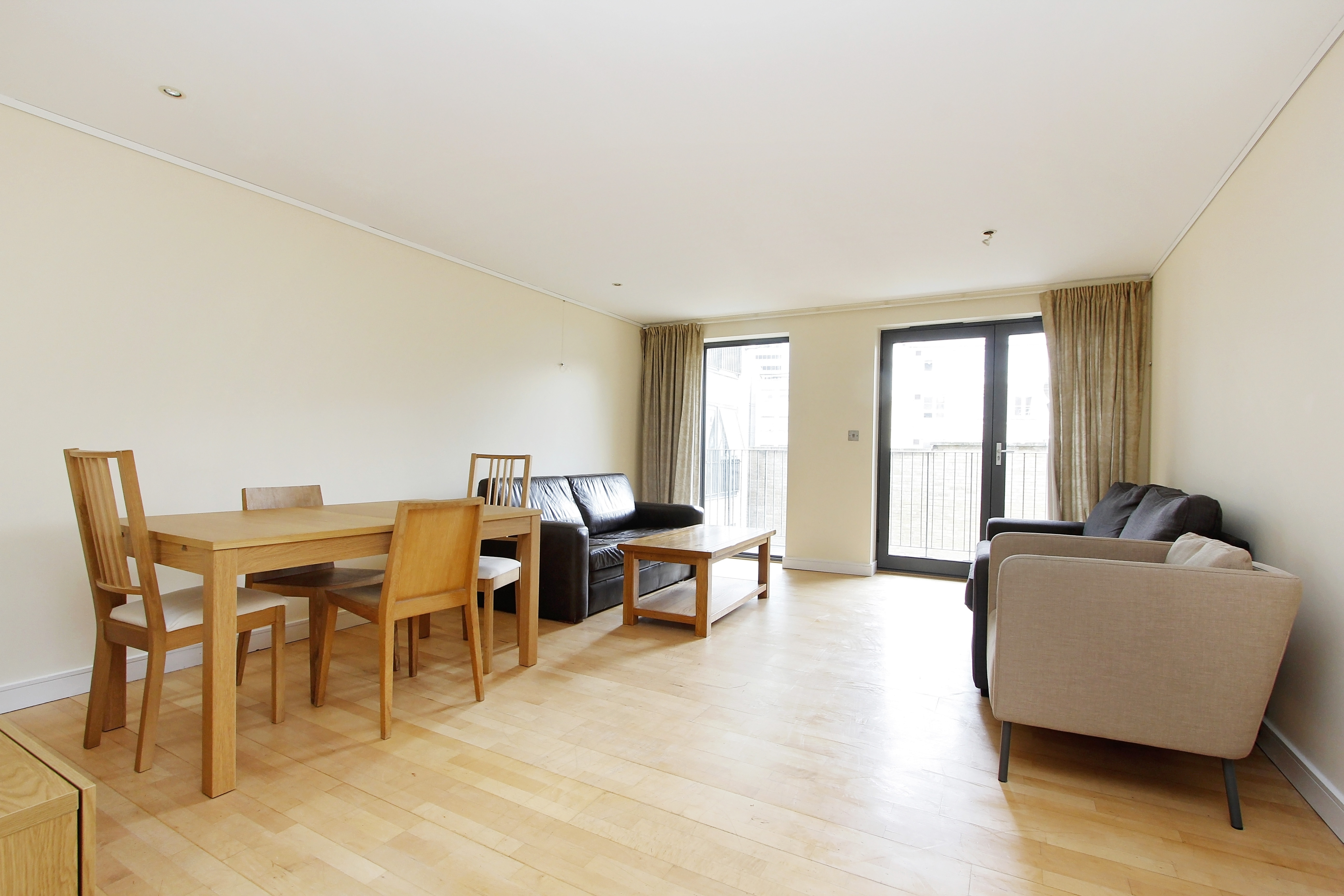 This three bedroom 3rd floor  apartment is owned by the same family whom we rent the next door property for. It had been occupied by our tenants for the past seven years at a consistent rate of rent. When the occupants finally gave their notice to vacate , we set about giving the flat an overall cosmetic improvement. This flat has a central location served by  a wide range of transport links and was rented out within days of the works being completed. Ashmore Residential  rented the flat for a fixed term of 12 months and achieved a 15% increase on the previous year’s rent, maximising the income potential of our clients investment. 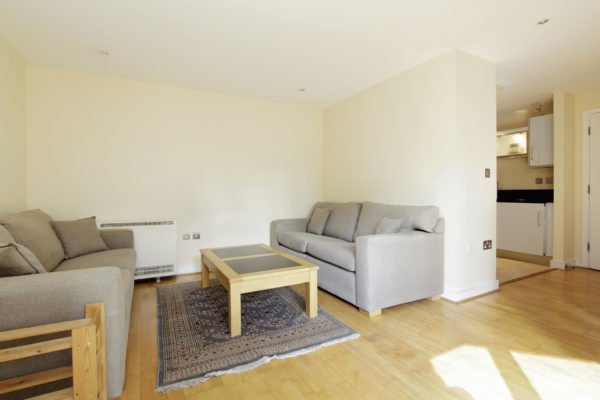 Long standing client , Colourtex Investments Limited purchased this larger than average self- contained studio flat located in the popular North London suburb of Southgate. This flat was purchased from Auction in the summer of 2014 and was in need of complete refurbishment. Ashmore advised our client on layout and configuration to make maximum use of the internal space to convert the property to a 1 bedroom flat.  The conversion put the flat into the next price bracket, thus adding to its appeal, attracting a wider target audience. The flat was refurbished throughout and finished in a contemporary style with all modern conveniences. Offered to the market in late Autumn, this flat achieved the full asking price to a Corporate Sector tenant on a 2 year fixed term tenancy with 7 days of being listed. 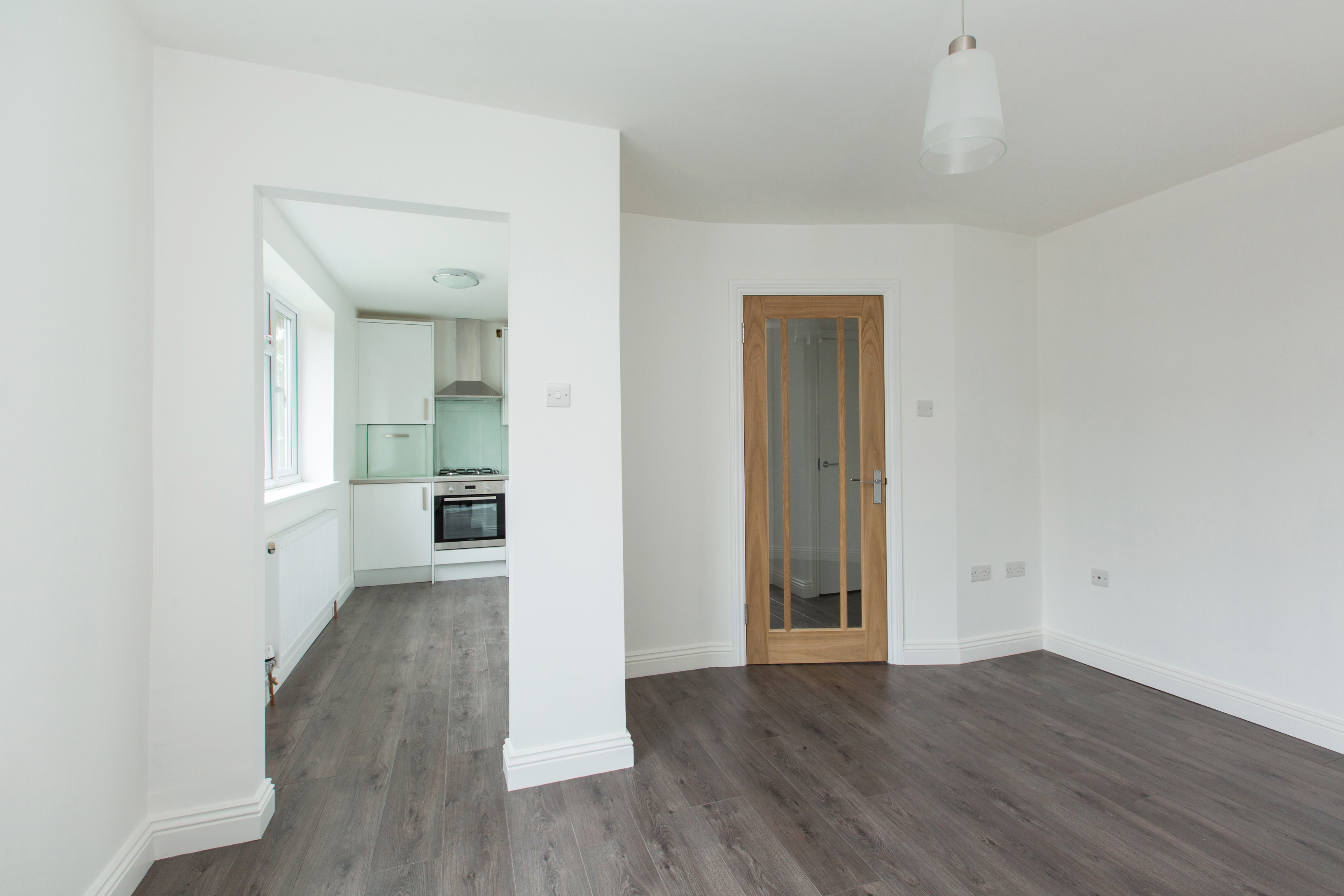 We were approached by the landlord having followed our property blog and was seeking guidance on renting his property which was owner occupied.  The flat was to be rented for the first time, so we took this opportunity to advise and think about all aspects of letting the flat.  This included the presentation, current trends in the market and tailoring a unique package to suit the landlords needs.  The property is in an excellent location of North London, two minutes walk from Chalk farm tube, trendy Primrose Hill and vibey Camden. The flat went on the market and after three days it was rented to an I.T professional. 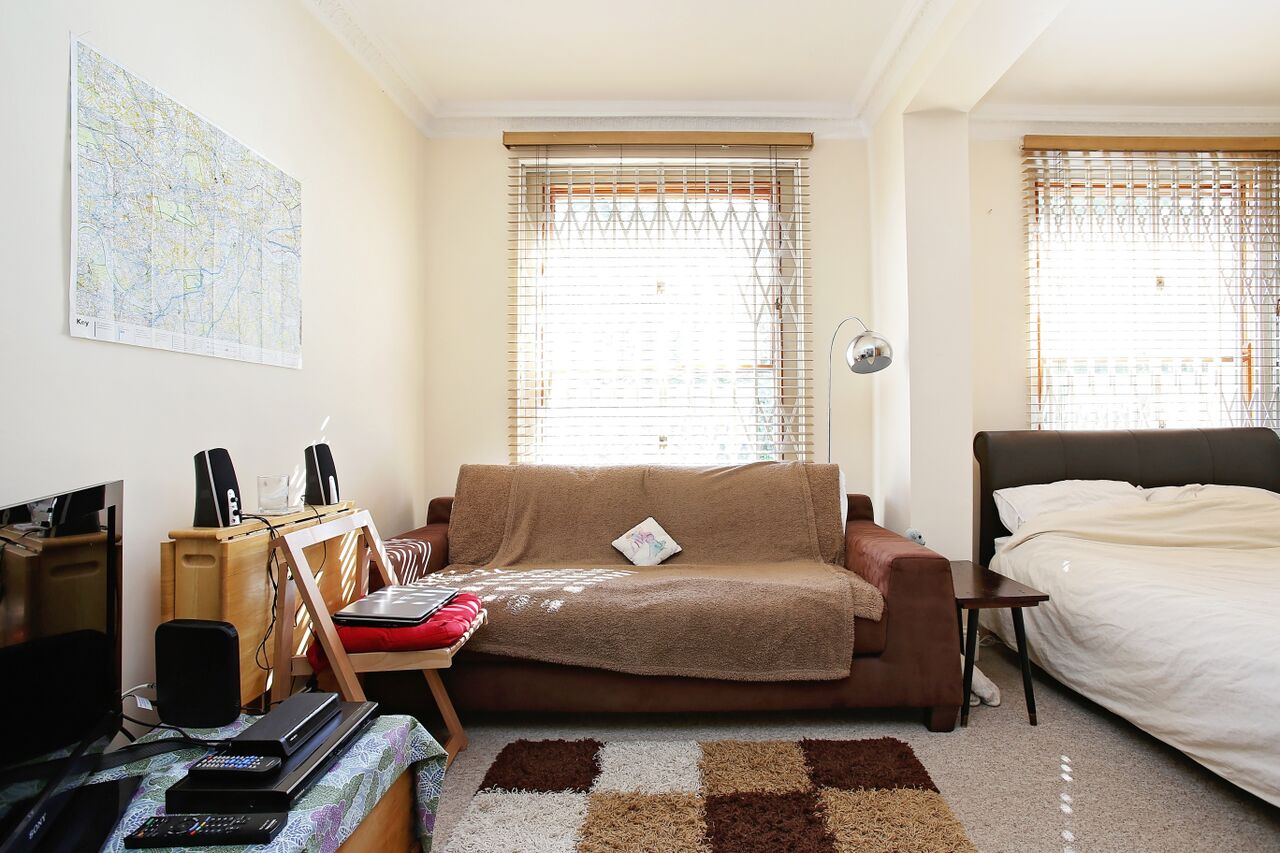 Letting a property with us couldn’t be simpler. In fact, every member of the Ashmore Residential team goes out of their way to keep landlords happy and reassured.